you are about to visit the bassike international website.

all prices are displayed and charged in usd with no conversion fee.

duties and taxes are not included in the price at checkout and may apply depending on your delivery location. item availability, prices and delivery information will be updated in line with your new shipping destination.

you are about to visit the bassike australia website.

all prices are displayed and charged in aud inclusive of gst.

shipping from the australian website is only available to addresses within australia and new zealand. item availability, prices and delivery information will be updated in line with your new shipping destination.

you are about to visit the bassike new zealand website.

all prices are displayed and charged in aud inclusive of new zealand gst.

shipping from the new zealand website is only available to addresses within australia and new Zealand. item availability, prices and delivery information will be updated in line with your new shipping destination. 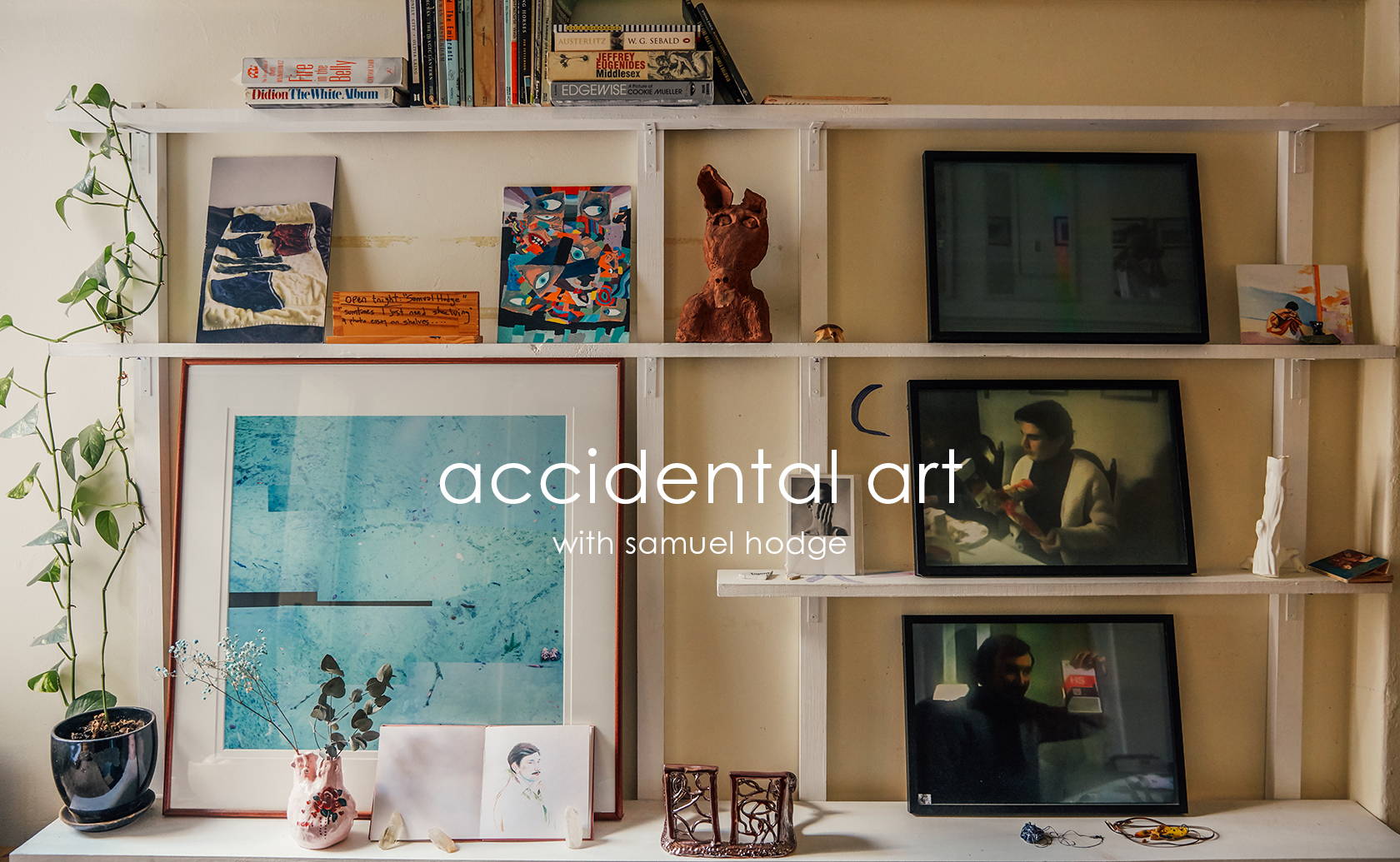 born and raised in glen innes, new south wales, samuel hodge is a sydney-based artist whose works take the form of photography, collage, video, fashion and installation. he has exhibited extensively in australia and overseas as well as published three monographs, made work for publications such as fantastic man and numero, and has most recently returned from 6 months of research in sicily and paris for an upcoming exhibition in early 2020. 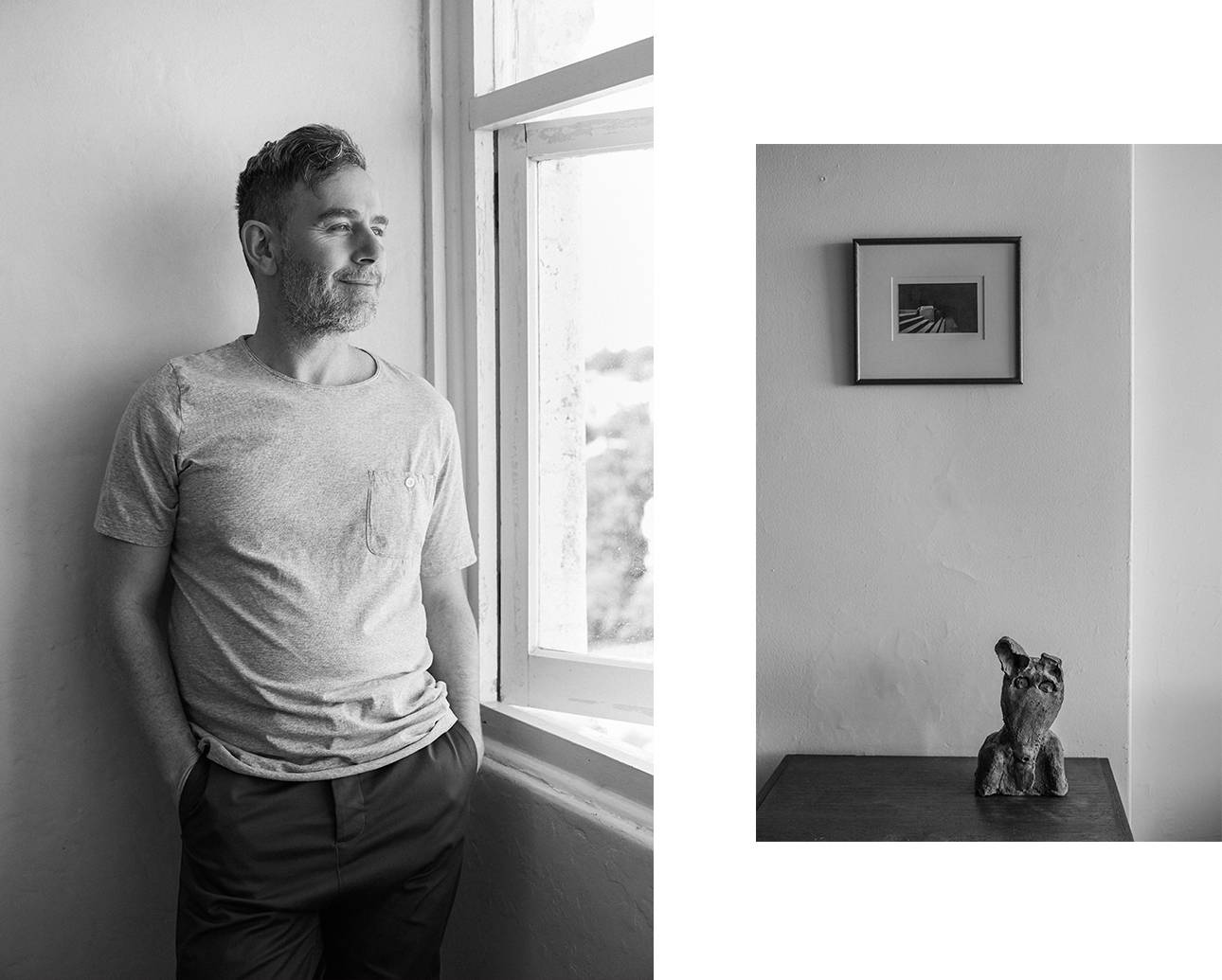 hey samuel, thanks for inviting us into your home. can you tell us a bit about some of the art pieces you have displayed here?

about half the work is mine, and the other half is made up of work i’ve swapped with other artists who i really appreciate and love. the porcelain sunglasses are by beautiful berlin-based artist emily hunt – she is just a total fantasy. the three framed images in my lounge room are by the extraordinary nyc-based artists novamiline. this small framed work in my bedroom was gift from the british artist tacita dean who was part of the young british artist movement and the heart shaped vase is by talented sydney artist, claudia nicholson.

you had always wanted to be an artist, yet you had no idea you would actually become one. how did you turn this ambition into a reality?

it was kind of an accident. i began self-publishing books because i didn’t see the point of making work and not showing anyone. the funny thing is, i could hardly get any support for my work in australia at first. bookstores refused to stock me, whereas in europe they took bulk orders and i had a distributor. the first time i was ever asked to do anything was by the founders of butt magazine and fantastic man in the netherlands, but it took australia about 7 years to catch up.

i don’t really abide by any strict rules around how i make the work i do. these rawer images are from a period where i was much younger, exploring my own world. 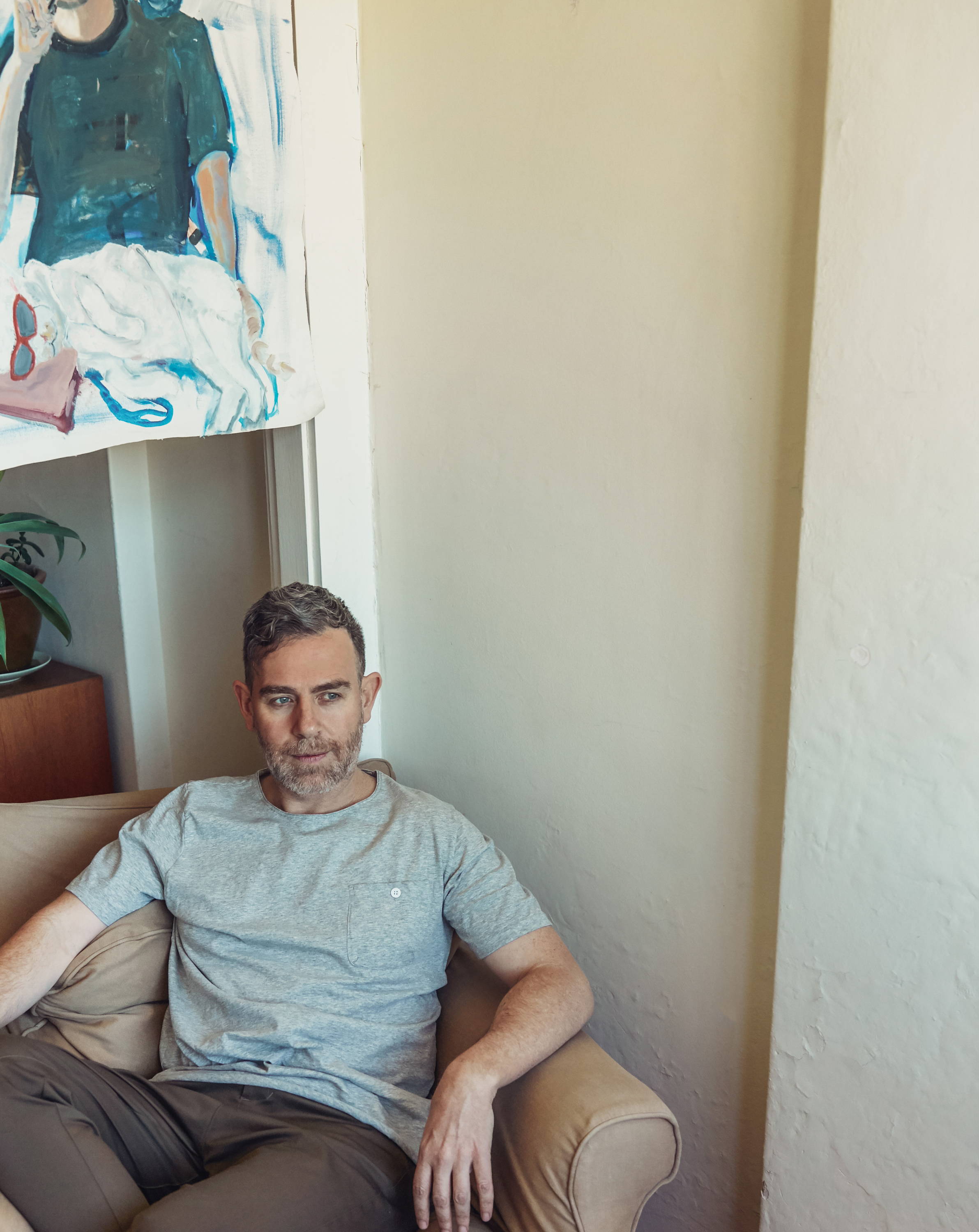 your photographs tend to portray raw moments of intimacy, as well as playful, yet evocative social commentary. what influences would you say most inspire your aesthetic?

it’s interesting. i don’t really abide by any strict rules around how i make the work i do. these rawer images are from a period where i was much younger, exploring my own world, terribly insecure and emotional, and they were definitely very personal and intimate. even though i always had wanted to be an artist, those pieces were never produced in a way where i would have had the confidence to say i was one. i was just doing them with no agenda. the most recent works were a natural progression because, as it generally happens when you’re doing something for a while, i was simply bored of photographing friends and my apartment, and it kind of began to eat itself.

what has been your favourite project to work on to date?

there was a series i produced in 2014 called the imponderable archive that was a real turning point for me. in between then and now i’ve really been working hard on experimenting and researching the multiple interests i have. but, overall it’s really difficult for me to segment my work into different blocks because i can only see it as one whole body which i occasionally just dip into, add onto, or shuffle around.

how would you describe your personal style?

i love well-made and comfortable pieces in good quality fabrics, that don’t draw too much attention. that said though, i do occasionally wear things like this amazing romance was born and jenny kee beaded jacket. things like this also double as an artwork on my wall.

what can we expect to see from you next?

the thing i’m most excited about is an exhibition i’m having in march 2020 at unsw galleries in paddington. i have several other projects coming up but alas, as is always the case, i can’t speak about them just yet. if i could, i would really love to produce another book and make a film.

what are you currently:

the friend by sigrid nunez

i’m always going to the golden age cinema in surry hills and watch almost anything there. i also just saw the nightingale – everyone should watch this as it’s a very important movie to reckon with.

i’m still listening to the new robyn album. i’m not sick of it yet. 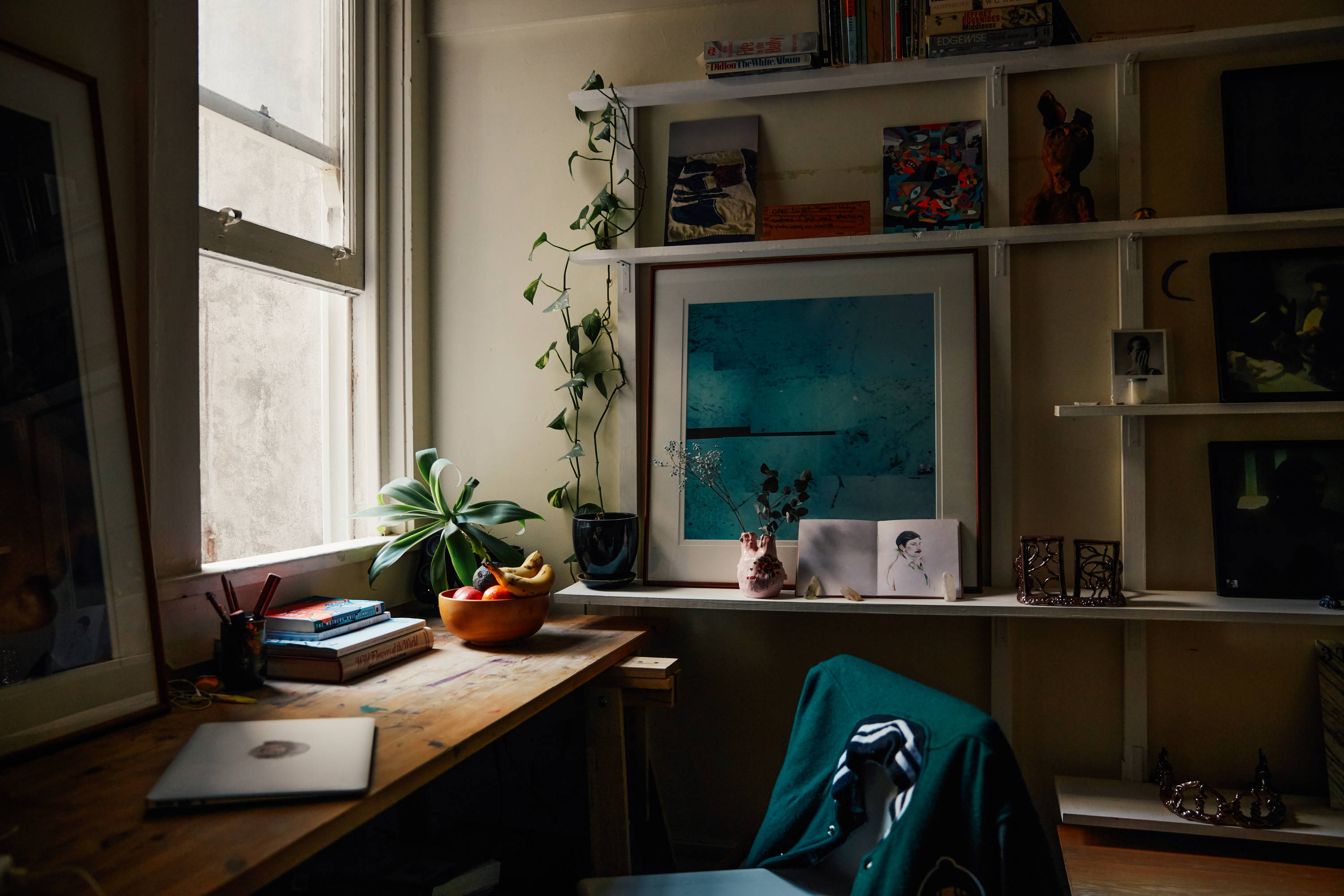